Among the new rules of Income-tax (22nd Amendment) Rules, 2020 that were released by the CBDT on October 01, 2020, there is a new Rule 21AG, in which a taxpayer may exercise his option under section 115 BAC, if the option is exercised. In the future, individuals or Hindu undivided families will be able to include details of any previous year relevant to any assessment year that begins on or after April 1, 2021, in Form 10-1E.

In accordance with Section 12A of the Income Tax Act, 1961, Form 10 is filed for the registration of a religious charity, trust, or institution. A New Manufacturing Domestic Company is permitted to exercise an option to pay taxes at a reduced tax rate of 15% (plus surcharges and cess) as per Section 115BAB of the Income Tax Act, 1961, provided that certain conditions are met. 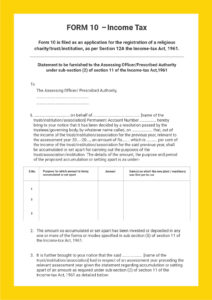 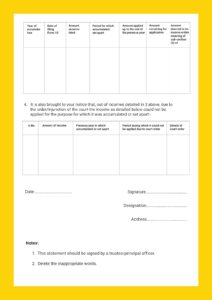 Registered users: https://www.incometaxindia.gov.in/Pages/downloads/most-used-forms.aspx who have been incorporated on or after October 1, 2019 and who have commenced manufacturing or production on or before March 31, 2023, are considered New Manufacturing Domestic Companies. You can reach our team , incase of any help or doubt regarding form 10 income tax. Click here to file your Income tax returns. 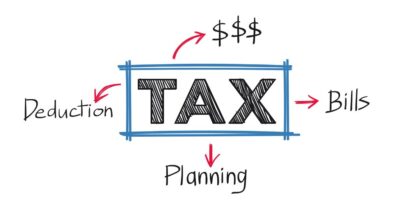 How to Correct Income Tax Return After Filing?

The Indian taxation system is very odd in the sense that it is straightforward and yet confusing. The forms for…

Tax Savings: 8 Excellent Ways To Save Tax In India

Knowing the various methods through which a person can save tax can come really handy while submitting IT returns. This… 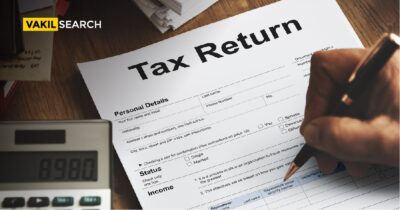 At What Age Can You Stop Filing Income Taxes?

The term income tax is associated with so many negative connotations, the most common being fear. And due to this… 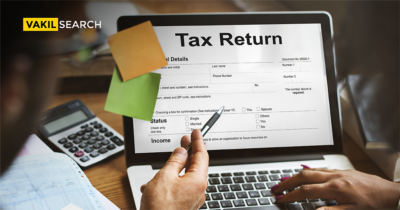 Introduction Section 44AE is covered under the Presumptive Taxation Scheme of Income-tax act, 1961. Presumptive taxation was introduced to give…