The Special Marriage Act regulates interfaith weddings in India. Any fraud marriage registration can be prevented by this Act.

In India, with a population consisting of various religions, we witness diverse cultural practices and customary rules. To prevail the customs followed by a huge group of people, the constitution of India has recognised some customs and converted them into personal laws.

If you want to go for the court marriage but with the religious rituals, you may prefer choosing the Arya samaj marriage. This also requires the necessary documents and witnesses to be produced. Also, if you are already married, you can register for your wedding on the same or any subsequent day.

Often, a party or both parties involved in the marriage perform fraudulently. This fraud or misrepresentation of some facts can attract grave legal consequences. To obtain a valid marital status, all the facts and documents associated with the marriage must be truthfully disclosed before a court of law. In this article, we will discuss the fraud arising from marriage and what are the relative provisions to deal with it

As per the Special Marriage Act 1954, some essential criteria are needed to be fulfilled, and some documents must be produced to prove the validity of the marriage.

The Necessity of Compulsory Registration

In any form of marriage, if a party has acted fraudulently, the other party has to suffer grave consequences. To ensure justice among married couples, the registration of marriage is required.

The marriage registration makes both the parties bound to marry rightfully within the ambit of the law. If any fraud is discovered to have occurred within the marriage, the registration helps the court to decide the case. The marriage registered by fraud becomes void and necessary actions are taken against the party who has caused the fraud if a necessary adequate amount of compensation is provided to the victim.

What Frauds Can Take Place

In marriage registration, if any required process or document is produced or done wrongfully to hide certain facts if the other party knows the same points, the marriage shall not commence. Frauds can be of various types.

Certain law provisions deal with fraud marriage registrations, and various judgments are given on the related cases. The cases are decided with the help of relevant sections and the judicial mind. Here are some case laws regarding fraud marriage.

Marriage should be concluded with the complete transparency of facts; if the facts are not clear enough and if a party knowingly hides the facts necessary to be disclosed, he is considered a fraud. The fraudulent marriages are declared void by the court of law. Go through the above topic and know how the law can help you out if you are involved in a fraudulent marriage registration. If you have any queries reach out to Vakilsearch right now! 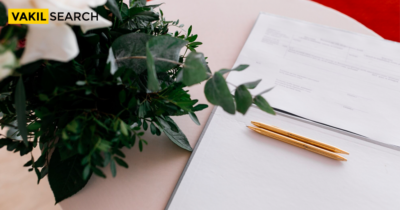