Here are the important labour laws for employees in India that you need to know about.

In India, there are certain labour laws that are applicable to all employees, irrespective of the industry they work in or the size of their company. These basic labour laws provide employees with certain rights and protections, and employers with certain obligations.

The following is a list of the basic labour laws for employees in India:

The Industrial Disputes Act, 1947: This Act provides for the prevention and settlement of industrial disputes between workers and employers. It covers aspects such as retrenchment, lay-offs, strikes, lock-outs, etc.

The Trade Unions Act, 1926: This Act protects the rights of workers to form trade unions and engage in collective bargaining. It also lays down rules for the registration and functioning of trade unions.

The Payment of Wages Act, 1936: This Act regulates the payment of wages to employees. It lays down rules for the timing and manner of wage payments, deductions that can be made from wages, etc.

The Minimum Wages Act, 1948: This Act requires employers to pay their employees minimum wages as fixed by the government from time to time.

How Vakilsearch Can Help You

These labour laws include the Industrial Disputes Act, 1947, the Industrial Relations Act, 1946, the Minimum Wages Act, 1948, and the Contract Labour (Regulation and Abolition) Act, 1970.Vakilsearch can provide you with expert legal advice on all of these labour laws, and can help you to ensure that you are compliant with them.We can assist you in drafting employee contracts that comply with all of the relevant labour laws, and can also help you to resolve any disputes that may arise under these laws.Contact us today for more information on how we can help you to comply with the labour laws in India.

When you’re applying for a job, you will need to fill out a job application form. This form will ask for your personal information, work history, education, and skills. It’s important to take your time when filling out this form and to make sure that all of the information is accurate. If you’re applying for a job in a different field than what you’re currently working in, you may not have all of the necessary experience or qualifications. In this case, it’s still important to be honest on your application and to focus on the skills that you do have. The more honest and accurate you are on your application, the better chance you have of getting the job.

When it comes to the question of how to conduct a job interview, employers need to keep in mind a few key points. First and foremost amongst these is the fact that it is illegal to discriminate on the basis of race, caste, religion, gender, or disability.  With this in mind, employers should avoid making any statement or asking any questions which could be construed as discriminatory. Another key point to bear in mind is that all questions asked during an interview must be relevant to the job being applied for. Questions which are not relevant can not only give rise to claims of discrimination, but can also lead to the candidate feeling harassed or humiliated.  Finally, employers should avoid putting pressure on candidates by asking them to answer questions on a tight deadline or by telling them that their performance in the interview will be used to evaluate their suitability for the role.

The labour laws for employees in India are designed to protect the interests of workers and ensure that they are treated fairly by their employers. The main laws that govern pay and incentives for employees in India are the Minimum Wages Act, 1948 and the Industrial Disputes Act, 1947. The Minimum Wages Act, 1948 sets out the minimum amount that an employer can pay their workers per hour of work. The rates of minimum wage vary from state to state, and are revised periodically.

The Industrial Disputes Act, 1947 provides for the settlement of disputes between workers and employers through conciliation and arbitration. The Act also protects workers from unfair dismissal and lays down procedures for retrenchment and lay-offs. In addition to these laws, there are a number of other labour laws in India that regulate aspects such as working hours, safety, health and welfare benefits. These laws vary from state to state, so it is advisable for employees to check with their local labour office to find out which laws apply to them.

The right to equality is one of the most fundamental rights guaranteed by the Constitution of India. The principle of equal pay for equal work for both men and women is enshrined in Article 14 of the Constitution. Equal pay for women has been a controversial issue in India. The concept of ‘equal pay for equal work’ implies that men and women should get same wages for doing similar work. However, in practice, women often receive lower wages than men for performing the same job. There are several reasons why women are paid less than men even when they do the same work. One reason is that women are often not given the same opportunities as men to prove their worth. Another reason is that employers often think that women are not as capable as men, and hence they are not paid equally.

Despite the constitutional guarantee of equality, the reality is that women in India continue to be paid less than men for doing the same work. In order to ensure equal pay for women, it is important to create awareness about this issue among employers and employees alike. It is also important to strengthen laws and enforcement mechanisms to ensure compliance with the principle of equal pay for equal work.

Provisions for Waiting Period for Locating of Employee’s Spouse, Child and Parents

The waiting period for the Locating of Employee’s spouse, child and parents is as follows:

There you have it — a complete list of all the labour laws for employees in India. If you’re an employee, it’s important for you to be aware of your rights so that you can protected against any unfair treatment by your employer. And if you’re an employer, it’s equally important for you to know what the law requires of you so that you can ensure compliance and avoid any penalties. We hope this article has been helpful in providing you with the information you need on this topic. 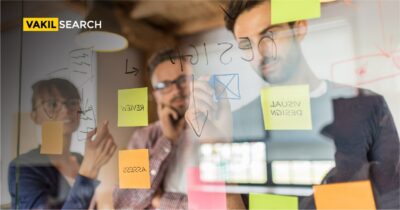 ​​Indian Labour Laws And Its Impact On IT-ITES Industry

Due to the Indian IT businesses’ exemption from the Industrial Employment Standing Orders Act, of 1946, Information Technology and related… 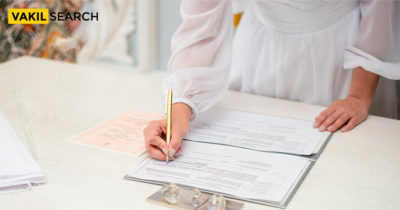 Work Age: As per the Child Labour (Prohibition and Regulation) Act, 1986 a “child” is defined as anyone under the… 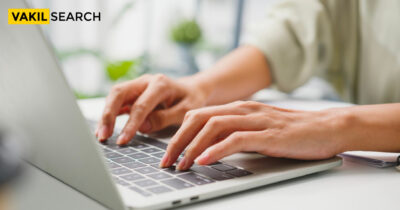 What Labour Regulations Should my Start-Up Comply With?

Labour Regulations Should my Start-Up: Despite the pandemic wobbling the Indian economy, the spirit of entrepreneurship has not been dampened…