Contract of agency is governed under Indian Contract Act, 1872, which explains the legal relationship between the principal and agent.

In India, the relationship between agent and principal is contractual in nature, and thus it is regulated through the terms and conditions of the contract between them. In such a form of contract, there is the existence of legal relationships between two individuals in which one person performs activities on behalf of another person.

Essentials for the formation of contract of agency

Section 183 of the Indian Contract Act 1872 explains the eligibility requirement of the principal for the formation of a contract. According to this section, any person can employ an agent who is of sound mind and has attended the majority as per law.

Section 184 of the Indian Contract Act of 1872 explains the eligibility requirements for agents. Any person could be appointed as an agent except for those who are either of unsound mind or have not reached the majority age as per law.

Consideration is not essential

As per Section 185 of the Indian Contract Act 1872, there is no consideration for the formation of the agency contract. Mostly, commission is paid to the agent for providing services, but no payment is required while appointing an agent.

Ways of formation of agency contract

The agency contract can be created in an oral or written manner. Any eligible person could make the appointment of an agent to perform duties on their behalf by contract.

Ratification of the unauthorised activities subsequently:

If initially the agent is not appointed by the principal but subsequently the principal provides authority and accepts the act, then an agency contract is formed by ratification of the unauthorised activities.

In the organisational world, there are some distinct types of agents, such as broker, factor, del credere, and others. In this aspect, a broker is referred to as an agent who has the power to negotiate the purchase and sale of goods on behalf of the principal with a third party. Further, a factor is defined as a mercantile agent who is assigned possession of goods for the purpose of selling them.

Rights and Duties of agent

The following are rights of agents under an agency contract:

Following are the duties of an agent under an agency contract:

Following are the ways in which a contract with an agency gets terminated, such as:

When the authority of the agent is revoked by the principal, termination of the agency takes place. There are some specific norms for revocation, such as:

Rejection by the agent

The agency gets terminated when renunciation is made by the agent.

Subsequent to the completion of business, agencies get terminated.

In case of death or insanity of an agent or principal, the agent gets terminated.

Insolvency of the principal

In the event that the principal becomes insolvent, the termination of the agency takes place.

If an agent was appointed for a particular time period, then the agency gets terminated automatically after that time. Even if the work was not completed, termination occurs.

In business law, agency contracts are quite common and such a contract could be formed either in an express or implied manner. The agency is formed when authority is delegated by one person to another for the performance of a particular task. There are certain rights and duties of the principal and agent as mentioned in the Indian Contract Act 1872, which must be followed by them. Vakilsearch also provides help and support regarding agency contracts. 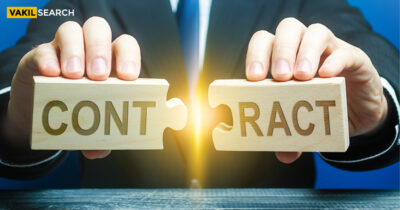 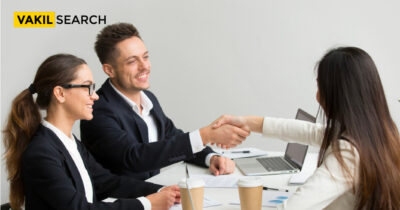 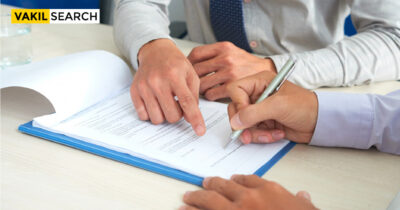