If ruled down to a single sentence, a legal notice is a medium or form of official communication and tangible proof of the same between two parties, which bears the time and identity stamp of the two groups involved. This is produced in court as an official document of sorts, for referral purposes, and as proof that the parties had initiated the matter before they decided to move the court.

A legal notice has its set of intricacies and technicalities which need to be observed and noted before curation. Normal people often find it hard to weave all of them together. But with a better understanding of the formats, languages and contents of the notice, one can communicate the desired issue effectively, and it could be as good as a notice filed or issued with the assistance of a legal advocate.

As legal help and backing are required in any case, when things get ugly and steps taken normally (that is, without the intervention of law) are futile and unthreatening, it is beneficial to know how to sign, file and send a legal notice, on one’s own. One shouldn’t be too stringent about this, though, and resort to legal help if things go haywire.

What does a Legal Notice Consist of?

A legal notice primarily mentions the basics of the case at hand. It involves the written, self-attested version containing all the details significant to the issue being addressed. Some of the widespread details that are imperative to be included in a legal notice are the addressee and the sender’s identification details, such as name, nationality, zip code, and complete address.

Furthermore, one must include the date and time for the same. The timestamp of the case will be considered the same as the issuing of the legal notice by an individual or a legal advisor or advocate. It is of utmost importance to mention the time stamp, if it is other than the time of issuing notice for the case, in case the former dates back by a few months or years.

Next, the Legal Notice should carry complete information, with inconspicuous details, written in clear, official and unambiguous language. The date and time for discussion, the possible or probable charges, and the exact issue and reasons (one to three), must be made up of the contents of the notice. The addressee should be sent a copy, and the sender should retain one with himself or herself, given the fact that both need to produce it in court, while presenting their respective lawsuits and defence cases.

The notice could be one with a statutory warning or issued in the addressee’s name as a final call before legal proceedings, and a chance to redeem the actions that are the root cause of the issue at hand. The addressee can be asked to revise their actions, take account of any past misgivings, be willing to be called upon to justify past actions if they aren’t unconditionally excused or found harmless etc, and address the grievance mentioned in the notice issued against them. However, most Legal Notices for Employees come with a short window period of 15 to 30 days, where a person can treat it as a final warning, pay reparations, if necessary, initiate some damage control (again, only if necessary) and act accordingly, to escape legal charges, persecution, penalties and expenses.

The Lawyer Notice should consist of the details above in the format, basic details of both parties, basic grievances, complaints, reasons etc, a written account of legal action to be taken, and a justifiable as well as reasonable respite for the sender or issuer of the notice.

What is the Importance of Filing and Sending a Legal Notice Draft?

As every legal notice majorly consists of exclusive case details and complete relevant information about the addressee and sender, it is one of the official documents of proof of dialogue between the two parties involved in the case.

∙         Legal Notices keep a tab on the behaviour of the party that issues, files, and sends it and the one who receives it. It is an official document that indicates that the legal notice issuing party is willing to take matters to court and allow legal proceedings and judgements to undertake the issue on their behalf

∙         Legal notices offer a place of confidence, as both parties are allowed to put their cases forward

∙         The party issuing a legal notice is essentially and usually the one that claims to be affected, mostly negatively, by some action of the addressee, the opposite party. When neither step back, court jurisdiction is sought when such liabilities trample the faith in human agreement and discretion.

∙         A legal notice is also proof that the two parties have acquainted each other about the grievances or complaints before being summoned to the court for final verdicts on the case and resolution of the issue.

What are the reasons one can issue Legal Notices for?

Issuing a legal notice using the readily available templates, with or without legal assistance, isn’t that tough a job when one knows the issue at hand and its specificities as well. Since the state takes charges and issues criminal case legal notices, some reasons and civil case lawsuits which one (a civilian) may issue legal notices for are as follows:

∙         Legal notices issued against the employer or company depriving its employees of resources, non-payment of salary, gratuity, other employment bonuses, schemes etc

∙         Legal notices can be issued in cases of Human Resources Violations unconditionally. Such as sexual and physical harassment at the workplace, employer-employee breach of contract, on the employee if certain actions are out of order and go against grounds that have been agreed upon, such as company privacy concerns, data selling etc

∙        Customers or consumer complaints against companies for misguiding, misleading and selling faulty or poor-quality products, for not processing money returns requested by the customer, for wrong or harmful advertisements etc

∙         Legal notices can be filed, issued and sent in case of family or marital issues, custody of children, family separation etc

∙         Legal notices can be filed by people who have grievances against insurance companies who refuse to cover health or medical expenses after committing to do so (by enrolling the legal notice issuer with their company as their client, to provide the services or payment on insurance claims, which they do not follow through).

Legal notice can be easily drafted, filed and issued by an individual without legal or an advocate’s assistance due to the available resources and templates that one can refer to. The process of drafting a legal notice is making a note of the information- objections, grievances, specificities of the case, providing firm documentation and proof, drafting in the clear official language and finally signing with identity details of both parties and retaining the notice for future use. The notice should also involve a notice period and alerts.

However, if the process seems too intimidating to start with or layers: https://main.sci.gov.in/advocates are incomprehensible to a person or a civilian unfamiliar with the language or way of Law, then the short resort to seeking legal help or advice before moving ahead with the self-issuing of notice. Vakil Search, in this regard, can help you abundantly. 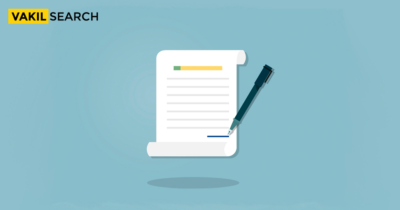 Power Of Attorney – Why You Need One?

A functioning democracy must have the rule of law because it ensures fairness and prevents society from deteriorating into extremes.… 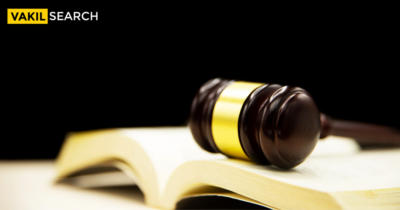 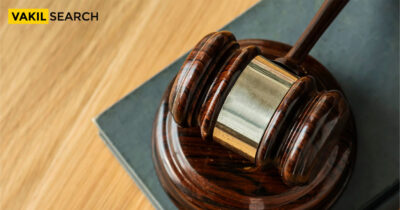 What Are The Top Law Firms in India That Pay The Highest Salary?

While still in school, every aspiring lawyer hopes to join one of India’s premier law firms after graduation. They may…