When working with an outside partner, the ability to draft a solid, non disclosure agreement is critical. Continue reading to avoid the pitfalls listed below when creating an NDA agreement.

An NDA agreement is a legally enforceable contract that obligates parties to maintain confidentiality for a set length of time. It is up to the parties to determine what is and is not considered confidential.

Consequences of an Invalid NDA Agreement

In this section, we will walk through the consequences of invalid NDA agreements.

NDA agreements are so crucial in preserving a company’s future that it’s critical that you take the formulation of the clauses in an NDA agreement seriously.

The following are a few costly blunders that can render your NDA null and void:

1. The Term “Confidential” is Overly Wide

Although it may be tempting to label all information disclosed to a Receiving Party as confidential, avoid doing so. Instead restrict secrecy to information that actually needs to be kept private. To avoid such issues, make sure that any private material is labelled as “Confidential”

If there are any trade secrets, they should be labelled “Trade Secret” since the law differentiates between confidential information and trade secrets. One key distinction is that it is widely understood that trade secrets can last indefinitely.

2. The NDA was Formed by the Wrong Party

To begin, several businesses have various legal and trading names. A legal name is a name that an entity uses when registering as a business, signing official legal documents, and dealing with government processes.

3. The Scope is Overly Broad, Inappropriate, or Onerous

Make it clear what information you deem confidential or non-confidential, and don’t make the NDA unnecessarily restrictive, especially when it comes to the Receiving Party’s future behaviour.

Unreasonable behaviour could include insisting that confidentiality be maintained indefinitely when the secret does not warrant it. Courts may rule an NDA unlawful if it is excessively unreasonable. Or they may strike down onerous sections. You could add context for the agreement and its provisions to avoid an NDA being found unenforceable due to being excessively broad. The Simple Non Disclosure Agreement template is available for Everyone to Use Online.

4. Information Obtained from a Third Party

5. The Information is Previously known to the Receiving Party or is Available in the Public Domain

The primary goal of an NDA is to keep information private. However, if the secret information becomes public knowledge due to no fault or breach on the part of the Receiving Party, it is no longer regarded as confidential.

For example, if one of your own workers leaks your information into the public realm, you cannot enforce an NDA agreement covering the same disclosed material against the Receiving Party.

As another example, if you work with ten suppliers and have asked nine of them to sign NDAs, but have failed to do so with the last one, and he or she leaks your secret information to the public, all previous NDAs with the first nine are now null and void.

6. The Receiving Party was able to independently generate the information

If you were a software company, for example, you could opt to work with another software company. It’s feasible that the other software business would have discovered things on their own before collaborating with you. In this situation, the sensitive information generated cannot be included in the NDA.

7. Disclosures Made Prior to the Signing of the NDA

8. Signed by a Person who Lacks or has Inadequate Power to Bind

Another blunder that could render an NDA null and void is having it signed by someone who has no or inadequate power to bind the Receiving Party. In the case of a partnership, for example, all partners must agree on such contractual decisions, although you only receive the signature of one member.

Alternatively, you can request written confirmation from the partnership or corporation through email or fax to confirm that the individual claiming authorisation to sign the NDA is who he or she claims to be and is legally entitled to engage in such an NDA with you.

NDAs may be treated quite differently in different countries and jurisdictions. Always make it clear which jurisdiction you intend to apply to the agreement. Furthermore, while this may not inherently invalidate an NDA, it is necessary to evaluate the feasibility and convenience of enforcing the agreement.

If you were dealing with another party on the other side of the world, it might be too difficult to try to enforce an NDA in a foreign court under foreign laws and legal procedures.

If you are negligent about how you store your secret information, have laissez-faire procedures, and make no effort to control access to it. The confidential material may lose its confidential status,’ and an NDA agreement protecting that information may be declared invalid.

For example, allowing all of your staff to view the information, with or without authorization or NDAs. Confidential information must be handled with greater care than standard corporate information.

Procedures could include not permitting copies without authorization and requiring that the information be kept in a secure location that only those with authorization can access.

11. Failure to Provide Direction in the Event of Compelled Disclosure

Certain parties, such as the government, have been granted the authority to compel a Receiving Party to reveal confidential information on several occasions.

Although your Receiving Party may be unable to dispute the court order for disclosure, you should urge that the Receiving Party provide you with sufficient notice of the order so that you can seek legal protective measures.

As you can see, there are numerous traps that might render an NDA null and void for the unwary Disclosing Party.

To summarise, NDAs are low-cost, easy-to-create, legally binding agreements that keep private information between two or more parties private. When drafting an NDA, it is critical to be as specific as possible. A contract can be declared null and void if the language is unduly broad, irrational, or onerous.

Agreements that are overly broad, oppressive, or attempt to contain non-confidential information will also be challenged or invalidated by the courts. Before Signing an NDA, always have a lawyer review it. Keep an eye out for onerous clauses and proceed with caution before putting your name to anything. 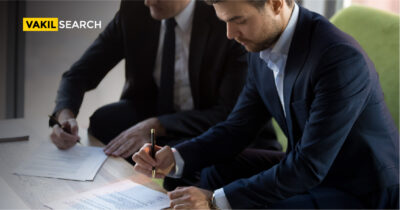 What To Do If Your Non-Disclosure Agreement Is Breached?

What You Should Check In Non-Disclosure Agreement?

Under the Indian Contract Act 1872, a non-disclosure agreement (NDA) is an agreement between two or more parties under which…

NDA Faults in the Future

Is It Mandatory to Use an NDA For Current Employees?

What is a Confidentiality and Non-Disclosure Agreement (NDA)? A Non-disclosure agreement (NDA) is usually signed by companies who try to…