A patent is an exclusive right to prohibit others from using, making, or selling an innovation for a fixed period of time. The first step an investor should take to prevent his or her innovation from being misappropriated is obtaining a patent.

A device, method, composition, or procedure that is original or novel is considered an innovation. The government grants a patent for any innovation that is novel, non-tangible, and valuable in terms of contemporary application.

Simply put, a Patent Is an Exclusive Right bestowed by a government on the creator of innovation for a limited period of time. This privilege prevents others from making, indulging, creating, utilizing, selling, or importing the invention without the creator’s approval.

It covers all innovations identified, whether a product or a procedure, that is novel and inventive including extraordinary, unmistakable, creative measures that have Business Application.

There are three basic parameters for an invention to be patentable, which are:

Benefits of Filing a Patent in India

Certain benefits of filing a patent in India are as follows:

What Is not Patentable in India?

As per Sections 3 and 4 of the Indian Patent Act, the following innovations are not Patentable in India:

Some more innovations that are not patentable in India:

The information in this article reconciles general information on what is not patentable in India: https://ipindia.gov.in/patents.htm. Further, for a more complete understanding of what is and what isn’t patentable, you can get expert’s help from Vakilsearch.

To get a better idea about whether your invention is patentable or not get in touch with our experts right away.

Validity of a patent filed in India

Every Patent in India is valid for 20 years from the date of filing for the patent. However, the term of 20 years commences from the international filing date for those applications filed under the Patent Cooperative Treaty (PCT).

In the event of non-renewal, the patent expires and becomes part of the public domain. This means that a patent holder cannot sue a third party who takes undue advantage of the patent after the renewal deadline.

However, there are ways in which a patent can be salvaged even after the renewal deadline. You do so by either requesting a six-month extension on paying a late fee or filing for the restoration of the lapsed patent.

Either way, both these routes require extensive Legal expertise and professional knowledge. If you need help restoring an expired patent, get in touch with us right away.

Four Inventions Not Patentable in India 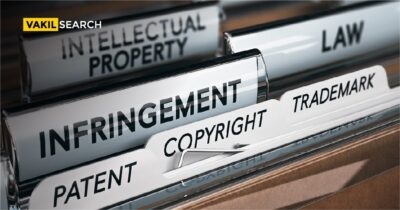 Recently, Intellectual property rights were issued to the Indian army for the latest camouflage pattern and design of improved combat…