India is a country with a rich religious history and diversity. There are over 1 billion Hindus in India, making up around 80% of the population. Muslims make up around 14%, Christians around 2.3%, and Sikhs around 1.9%. Conversion from one religion to another is not prohibited by law in India, but there are certain restrictions that apply depending on the religion of the person converting. We will discuss it more in this article!

Background on the Conversion of Religion in India

In ancient times, India was largely a Hindu country. Over the centuries, however, India has seen a significant number of religious conversions. Islam first arrived in India in the 7th century, and by the 10th century, it had become the dominant religion in the region. In subsequent centuries, there was a steady stream of Muslim migrants from Central Asia and Persia, which further increased the Muslim population.

By the time of the Mughal Empire, Muslims constituted a sizable minority of the Indian population. Christianity also has a long history in India, dating back to the arrival of St. Thomas in the 1st century. However, most Christians in India are descended from converts and have always been a small minority of the population. In recent years, there has been a modest increase in the number of Indians converting to Christianity. With its centuries-old traditions and large population, India remains an important religious centre for both Hindus and Muslims.

The Legality of Conversion of Religion in India

In India, the freedom to choose and practise one’s religion is guaranteed by the Constitution. There’s no such legal scenario of religious change in India. However, there are some restrictions on this right. For instance, the Constitution prohibits the conversion of religion by the use of force or fraud. In addition, a minor’s conversion without their guardian’s consent is also not permitted. These restrictions are in place in order to protect individuals from being coerced into changing their religion. However, there have been some instances of forced conversion in India, particularly among Dalits and Adivasis, who are considered to be lower castes. There have also been reports of religious minorities being pressured to convert to Hinduism. While the Constitution prohibits conversion by force or fraud, it does not specifically outlaw voluntary conversion from one religion to another. As a result, the legality of conversion remains somewhat ambiguous. Nevertheless, the freedom to choose one’s own religion is an important right that should be respected.

There has been a lot of debate over the years about the legal scenario of religious change in India. Some people believe t should be allowed, while others think it should be banned. Here are some points to consider when looking at this issue:

Section 295A of the Indian Penal Code makes it a criminal offence to deliberately and maliciously insult or offend the religion or beliefs of any class of citizens. Additionally, the Constitution of India provides certain rights to every citizen to profess, practice and propagate their religion freely. This provision is subject to public order, morality and health. There have been several instances of religious conversion in India, some voluntary and others forced. Forcible religious conversions have often led to communal violence. In many cases, those who have converted have been ostracised by their families and communities. The Supreme Court of India has ruled that an individual has the right to freedom of conscience and the right to profess, practice and propagate their religion.

Recent Cases on Conversion of Religion in India

In India, there have been several recent cases of people converting from one religion to another. This has often been a controversial issue, with some people feeling that it is a positive development and others feeling that it is a threat to the country’s social cohesion.

One of the most high-profile cases was that of four Christian missionaries who were killed by a mob in the state of Orissa in 2008. The missionaries had been accused of trying to convert tribes to Christianity. This incident led to nationwide protests by Christians, who felt their religious freedom was infringed upon.

More recently, there have been several instances of Hindus converting to Islam. In some cases, this has been due to marriage; in others, it has been due to a desire to join a more equitable and just religion. Whatever the reason, these conversions have often been met with hostility from Hindu community members.

Clearly, conversion is a sensitive issue in India. It is an issue that raises questions about religious freedom, social cohesion, and the very nature of Indian society itself.

The Impact of the Conversion of Religion on Indian Society

The impact of the conversion of religion on Indian society has been profound. Religion has had a great impact on Indian society. It has both unifying and divisive effects. It unites people of the same faith and divides people of different faiths. It is a great binding force. It inculcates moral values in people and makes them good citizens. It gives them a sense of security and belongingness. On the other hand, it also creates hostility and hatred between people of different religions. Many communal riots have taken place in our country on religious grounds. However, the impact of conversion of religion on Indian society is not very significant because the number of converts is very small compared to the country’s total population.

Some Impacts of the Conversion of Religion on Indian Society

The Way Forward for Conversion of Religion in India

The conversions of Indian society have not only created a rift among the people but have also led to an increase in religious violence. This is because, although Hindus are considered polytheistic, they are still very much united as a people. When other faiths come into the mix, it becomes difficult for them to understand and accept the customs and traditions of another group. As more conversions occur, this problem will only continue to grow. Hindus and Muslims must learn to accept each other’s religion and live peacefully together to prevent future conflict and bloodshed. Only then can India become a truly secular nation. 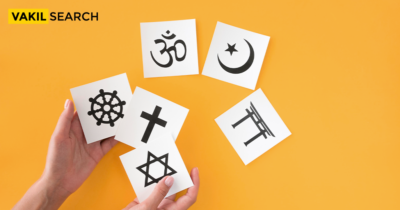 Indians take religion much more seriously than they do in the West, and nearly all the population takes it seriously.…

How Many Religions Are In India

An Overview of India Religion

An Overview of India Religion India is a country surrounded by the Indian Ocean on the south, the Bay of…

What Are the Effects of Religious Conversion?

There have been a number of psychological studies on conversion focusing mainly on how individual conversion affects individuals. Yet, religious…