In this post, you’ll get to know everything about how political party are donated in India along with the present status of political donations in India.

People and government are inextricably linked, and because political party serve as a conduit between them, they’re always expected to be responsible to the public at large. It’s critical to have thorough and transparent accounting techniques and processes in place so that the parties’ genuine financial status can be exposed. A political party that agrees to accept donations or contributions from a company or people but is unable to provide full disclosure is barred from receiving such funds.

Relevant Regulations for Political Party Funding and Contributions in India

As per the Representation of the People Act (Section 29B), any political party may collect voluntary contributions from any company or individual other than a Government organisation. No political party may receive any foreign donation as described in Section 2 of the 1976 Foreign Contribution (Regulation) Act.

As per the Representation of the People Act (Section 29C), political parties are required to state the contribution details of over ₹20,000 and file a report for the same in each fiscal year. Donations from both individuals and businesses are included in this context.

Political parties are required to disclose to the Election Commission of India a list of contributions of more than ₹20,000, including the addresses and names of the contributors (Section 29-C, Representation of the People Act). If they do not, such political parties will be barred from receiving any tax relief as per the Act.

Companies contributing to political parties should have been in operation for at least three years, according to the 2013 Companies Act (Section 182). Furthermore, companies can only contribute up to 7.5% of their profits in a given year and must publish the amount in their profit and loss statement. This exercise of company authority is only permitted with the permission of the board of directors via a resolution.

The government adopted the ‘Electoral Trusts Scheme in 2013‘ to streamline the fundraising process and ensure the transparency of corporate contributions to political parties’ election costs. This system established Electoral Trust corporations, which were guaranteed tax breaks in proportion to the cash they donated to various political organisations.

The Corporate Affairs Ministry updated its “Name Availability Guidelines” for companies to allow non-profit organisations to be registered. The businesses needed to include the word “Electoral Trust” prior to their names and to be registered in order to be distinguished from other companies, as permitted by the 1956 Companies Act (Section 25) under the 2013 Electoral Trusts Scheme. The businesses were intended to have an affidavit stating they’d only be used to register corporations under the Central Board of Direct Taxes’ Electoral Scheme.

Companies were granted tax breaks on one condition: they must contribute 95% of total donations received in each fiscal year to registered political parties within that year. Foreign citizens or corporations were not permitted to contribute to the Electoral Trust corporations. They must collect the PAN numbers of all contributors who were resident Indians and the passport numbers of NRI citizens at the time the contribution was received.

Political parties are often not totally open in their finances under present legal restrictions, and so a large chunk of their money goes unaccounted for. Political parties declare unknown sources of financing in their yearly disclosure report, like ‘Aajiwan Sahayog Nidhi’, ‘sale of coupons’, ‘voluntary contributions’, ‘relief fund’, ‘contribution from morchas/meetings’, ‘miscellaneous income’ and so on where no information is available in the public domain.

The Bahujan Samaj Party is an outstanding illustration of a lack of openness in political party disclosure. It has not published even a single name of a donor who has donated more than ₹20,000 to them in the previous eight years, despite the fact that their total income has been in crores every year.

How to Make Sure a Company Is Authentic?

Listed below are the following ways to ensure that a company is authentic or not:

This may reveal information relating to the name of the person who developed the website, which may aid in gathering more information about the firm. It is vital to know how long the website has been in operation and when it will expire. If a website is only developed for a brief period of time, it may signal a hoax.

It’s critical to confirm that the company has followed the provisions of the Companies Act and has the necessary certifications and permits to show its legitimacy.

Public, reviews may frequently assist one trust in the legitimacy of a company. The more favourable evaluations there are, the more trust is placed in the company.

All credit reports pertaining to the firm must be removed. To establish a company’s authenticity, contact information, the company’s credit score, financial performance in terms of profit and loss accounts, and the total number of directors – their professional and personal information – must all be documented.

An individual should properly review the webpage to ensure that no such mismatch is discovered. The type of information it shares demonstrates how well-coordinated the firm is. They must be unique and not plagiarised from elsewhere.

The company must be double-checked to ensure that they have provided a valid contact number and address by phoning and verifying it.

Well, KYC or Know Your Customer is critical since it offers extensive information regarding the organisation. It requests a copy of the PAN Card, Memorandum of Association, copy of the Incorporation Certificate, copy of the Articles of Association, photo identification proofs of authorised people, a Board resolution, and evidence of registered address. This completely protects against any sharp practices from the company.

A stringent procedure to ensure final openness and responsibility on the part of political parties is desperately needed. A uniform approach and structure of reporting are required to present an accurate picture of the financial status of political parties. At the request of the ECI (Election Commission of India), the ICAI (Institute of Chartered Accountants of India) has made a step in this regard. ADR regards it as the highest priority.

For more information or queries regarding donations to political parties, you can freely reach out to the legal experts of Vakilsearch and get your issues resolved in a jiffy. We would be delighted to assist you. 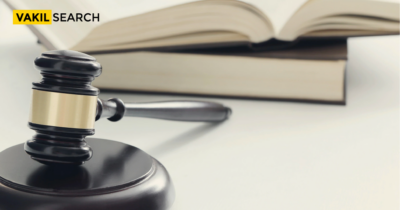 Donations to the Political Party: Which Right of the Director?

People and government are inextricably linked, and because political party serve as a conduit between them, they’re always expected to…

How To Name Your Section 8 Companies

Introduction  At first glance, a person’s immediate connection to a company is its name.The importance of an appropriate name increases… 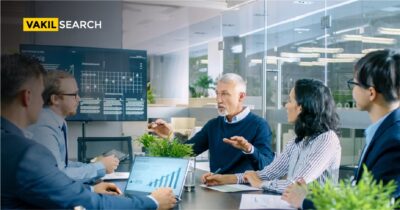 Which of the Following is Applicable to Section 8 Companies?

The company registration process can be pretty daunting if you don’t know what you are doing. Of course, it doesn’t… 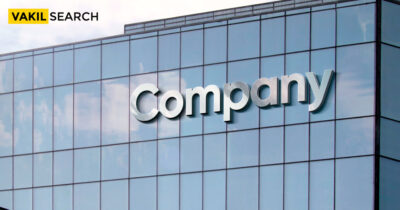 Procedure For Incorporation of a Section 8 Organization: The Definitive Guide

When you’re considering opening your own business, it’s essential to choose the proper corporate form. Many different formats are available…