This blog describes the copyright infringement cases in India in the year 2021. You will also get a glimpse of the most prominent 3 instances in the Indian courts.

The fabrication of a form of intellectual property work without the authorisation of the copyright holders is known as copyright infringement. Copyright violation occurs when a 3rd party violates the copyright owner’s rights, like individual ownership of work for a specific period. Music and films are well-known entertainment products subject to severe copyright infringement. Violation lawsuits might result in future liabilities or funds set aside in the event of a lawsuit.

Individuals and businesses who create new compositions and apply for copyright registration, do so to guarantee that their contributions are rewarded. Other organisations may be approved to use those works through license agreements or buy them from the copyright owner; nonetheless, several factors may result in copyright violation on the part of other parties.

A high price for the permitted work or an absence of availability to a supplier of the authorised work is among the reasons.

The three crucial copyright infringement cases in India are:

The New Delhi High Court declined to impose an interlocutory order against the distribution and broadcast of cinematograph films copyright supposedly relating to SSR (Sushant Singh Rajput) because SSR’s parents failed to establish prima facie evidence, and the ratio of advantage was in favour of the respondents. ‘NYAY The Law,’ ‘Suicide or Death,’ and ‘Roughly in the middle,’ according to the plaintiffs in the lawsuit, must be inducted and prohibited from being disclosed, printed, and conveyed to the world. The Complainant claimed violations of publicity and security rights and the right to due process, slander, and infringement of the Indian Constitution’s Article 21.

The Complainant struggled to create a legitimate argument for copyright infringement of SSR’s famous person or licensing because the Claimant was unaware of the subject matter of the movies, the plaintiffs were not taking SSR’s appearance, similarities, or title, and the movies had suitable provisos, the Court concluded after evaluating the facts and findings further showed. It further stated that famous rights may cease to exist after the demise of the star and that plaintiffs may use information from the official information without responsibility. Finally, the Court concluded that a libel claim is hypothetical with no access to the offensive content.

Check Here to more about : https://copyright.gov.in/

The Court further stated that no breach of the legal right to a fair trial might be considered a result of news or film coverage. It continued to say that when it comes to material that is part of the public domain, freedom of speech and expression takes precedence over Article 21. While rejecting the order, the Court requested the plaintiffs provide accounts to reimburse any losses.

The Delhi High Court addressed the problem of software copyright infringement in this judgment. Defendant No. 1 is a French firm that created the program ‘Solidworks.’ This program makes it easier to model and build goods in a 3D setting. Defendant no.2 is a sister corporation founded by Defendant no.1 to handle all of Defendant no.1’s business in India.

Defendants No. 1 and 2 (“Defendants”) claim that the program was created as a job for pay by their workers and that the Petitioners own the copyright. The Defendants argue that the software package and its accompanying training materials are copyright literary work by the Act of 1957 (Act). Because the United States and India are both signatories of the Convention in Berne, the World Trade Organization’s Agreement, and the Universal Copyright Convention, India’s program is protected in Section 40 of the Copyright Act on trade-related.

Plaintiff argued that they acquired evidence in May 2018 about the Respondents’ commercial usage of copied and unlicensed part of the ‘Modelling’ software application without completing the requisite license cost. The Consumers further claimed that improper usage of the program had escalated since August 2020 and that all attempts to achieve a settlement were unsuccessful because the Defendants denied violation.

With this, the Defendants granted an order from the Court, claiming that using a counterfeit or unauthorised version of the Defendants’ computer program would constitute copyright violations under Section 51 of the Copyright Act. The Defendants also invoked Section 63B of the Act, making it illegal to intentionally use a stolen software program. Furthermore, Plaintiff contended that the Defendants’ breach of the synchronization license agreement resulted in commercial and intellectual property violations.

“Software duplication is a serious matter that requires to be addressed in the bud,” the judge said in granting the decision. Accordingly, the Petitioners were given a close substitute ex-parte injunctive relief prohibiting the Plaintiffs from using, replicating, or disseminating any illegally downloaded, non-licensed, or unapproved software packages governed by the Complainants, and also typesetting their computer networks and trying to erase any data related to aiding others in infringing the Complainants’ copyright.

Muthoot Finance Limited, a non-banking economical organization, offered commercial and personal financing in this case in exchange for gold jewellery deposits. As a result, the Complainant had to keep confidential and proprietary data about its vast client form in the shape of a dataset as part of the company, which formed a “work of literature” under Section 2(o) of the Copyright Act, 1957, and also added up to Defendant’s proprietary information that should not be divulged to any 3rd person.

The Claimant’s former workers were the Respondents Nos. 1 through 4. Each will have stated nonagreement and a delegation of loyalty when they started working for the company. The central claim in the party was that during the scope of employment, Plaintiff Nos. 1 and 4 had unpermitted and illegally copied, derived, replicated, and later transferred the sensitive data of the Complainant’s clients to Defendant Nos. 2 and 3 and also the staff of Plaintiff No. 5, a company that supplies similar programs to the Claimant.

As a result, Plaintiff’s consumer base began to shift to Respondent No.5. Defendants 1 and 3 ended up joining the employment of Defendant 5 after being fired by Plaintiff. Angry, the Claimant filed the complaint with the Joint Superintendent of Police, Crime Division, New Delhi, against Defendants 1 to 5. Nevertheless, there were comparable instances of secret information being disclosed at several other Plaintiff offices, resulting in Defendant losing approx 9 cr. Rupees.

As a result, Plaintiff filed a new FIR under the relevant parts of the IPC and the IT Act at PS Special Offenses and Cyber Crime. Respondent No.5 was also accused of recruiting Plaintiff’s staff and clients using information gained unlawfully by the Respondents, according to the counterclaim.

As a result, Plaintiff filed a motion in this Court to seek a court injunction prohibiting the Plaintiffs. Anyone acting on their behalf/through them from using certain sensitive information about the Plaintiff, to use any authorship or other Proprietary rights belonged to the Claimant, explicitly or implicitly trying to lure any Defendant’s clients, likely to induce any Defendant’s staff to quit jobs, or provoking any of the Defendant’s staff to The Plaintiff further demanded damages of 2,00,01,000/- from Respondents 1 to 5 jointly liable, plus interest at 18% per annum until the payment date.

The Defendants were summoned by the Court and allowed to file a prepared statement (if any). Regarding the Plaintiff’s IA, the jury issued an interim injunctive relief prohibiting the Plaintiffs from divulging or using any sensitive information, classified information, or other information relating to the Lawsuit Firm’s operations, as well as from using patented technology data of any kind, including authorship and other intellectual rights of the Complainant, or from engaging in any actions or doings that will intrude the Plea.

These three cases of copyright infringement in India last year were an eye-opener to the people of India. 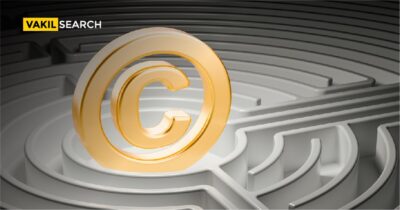 A Handbook for Copyright Registration Certificates in India

Introduction People’s own lives, ideas, and facts are protected by copyright. So, by registering a copyright, you can claim ownership… 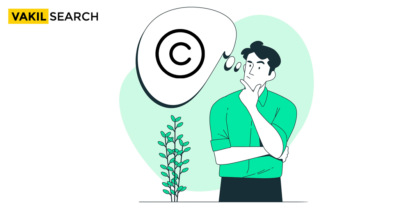 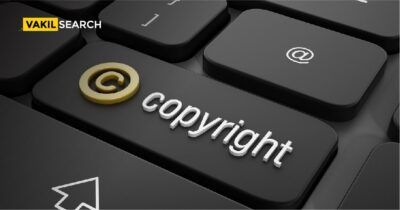 What is The Digital Millennium Copyright Act?