Have you ever wondered why royal Enfield or fiat had shifted their business bases from India to another country? Have you ever been through why Samsung or Apple are shifting to India? Let’s talk about company migration and corporate tax in India through the lens of Law.

We are going to understand company migration and corporate tax in India and will answer some of the relevant questions to it. What is company migration? Why have companies migrated to India or from India to other countries? And some other questions.

What is Company Migration?

When a company or any corporate organisation is permanently shifting its base from one place to another, it is known as Company Migration. In India, the new policies are treated as a major concern behind the migration of companies.

For instance, policies like the ease of doing business and strict licensing rules from the union government are some of such policies.

Corporate giants are bound to transfer their empires from one place to another even when their roots have already been established. Such companies are always in search of a better business environment and meanwhile have fewer restrictions with less cost investment.

They prefer to shift in order to cut their tax expenses and survive from heavy duties pressure from the governments.

Migration of Companies to India

If we track the global record and as per the data provided by the Department for Promotion of Industry and Internal Trade (DPIIT) in 2021, many American big giants are likely to transfer or migrate their database to India from China. This happened because India is treated as a less explored yet highly potential market as per the point of view of global gurus. There are also other leading international concerns and treaties which make the companies shift their base to India.

Here are the following grounds which can be seen as potential grounds for corporate migration to India:

Let us understand with an example. The average monthly wage for X country is $140, whereas, in India, it is only ₹5,590 – ₹6,390 as it is a comparatively cheaper cost to manufacture and work in India compared to other countries with skilled labour.

Providing services to the soon-to-be world’s largest population is like a golden dream to expand their businesses for better growth.

Migration of Companies from India

Here are some of the grounds which are seen as a serious concern for corporate companies to shift their established bases to another place.

A thorough understanding of numerous business procedures and policies of various states/UTs is provided by the integrated study of corporate taxes in India and the migration of companies.  It includes the effectiveness of company licensing, inspections and regulatory practices.

A corporate entity’s net income or profit from its operations, whether domestic or international, is subject to a direct tax known as corporation tax or corporate tax.

The major reason for the corporate shift from India is the difference between corporate tax rates for domestic countries and foreign countries.

Corporations with yearly revenues up to ₹40 crores who do not request any incentives or exemptions must pay 22% tax in addition to any relevant access and surcharge under the new tax slab proposed by the Finance Ministry.

The effective corporate tax rate now stands at 25.17 per cent. However, since the new regulations went into effect, businesses are exempt from paying MAT or minimum alternate tax.

For new businesses, with effect from FY 2019–20, the government has added yet another new clause to the Income-tax Act.

Any new domestic firm established on or after 1 October 2019 that makes a new investment in manufacturing will have the option to pay income tax at a rate of 15%. This action aims to promote the government’s “Make in India” drive and draw in new manufacturing investments.

Businesses that begin production on or before March 31, 2023, do not take advantage of any exclusions or incentives and are eligible for this benefit. The effective tax rate for these businesses will be 17%, including surcharge and access, and they won’t be required to pay the minimum alternate tax.

Also, The Taxation (Amendment) Ordinance 2019 was passed by the Government of India in 2019, within which section 115BAA was also introduced. This ordinance makes several changes to the Income Tax Act of 1961.

In the case of foreign companies, The agreement between India and the nation where the company is headquartered determines the corporate tax rates for foreign corporations. Two parts of the rate are as follows:

The corporation must pay a tax rate of 50% if the income is reported as any royalties or fees for technical services obtained by a foreign company from an Indian concern or Indian government under any agreement made before first April 1976, which the central government approves. If the business generates income from other sources, an additional 40% tax will be levied against it. In addition, if the revenue is between ₹1 crores and ₹10 crores, an additional two per cent fee is applied. If it is more than ₹10 crores, a five per cent surcharge would be added.

Though Migrating one’s business from any country is not an easy task, and not easier from the legal aspect as well, we have discussed corporate migration with the lens of legality and after understanding both pros and cons from both ends.

We have seen the grounds for which a corporate business and company migrate from and to and why this has been seen in the last few years. 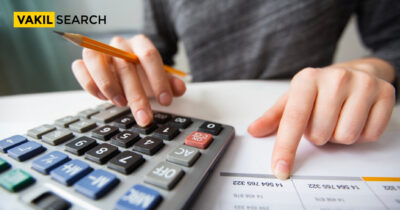 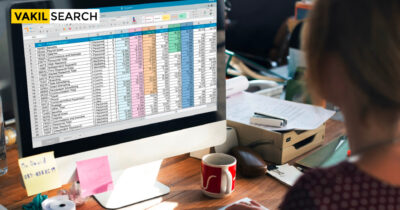